Baler bonanza as rebate scheme rolls into north of England.

By SceneHerdPR5th June 2018 No Comments

Three winners have been announced in the competition, organised by the Scottish Machinery Rings Association (SMRA), to win the use of a new Case IH baler.

The winners, Bill Rae Contracting Ltd, Hawick; Charles Barclay, Craigscorrie Farm, Beauly and DM Carnegie, Steelstrath, Laurencekirk, will each have the use of the baler for a 3-week period over the coming silage, hay and harvest season.

The competition was run in 2017, with machinery ring members across Scotland eligible to take part.

The competition, and the bespoke livery on the baler, are designed to promote the Case IH rebate scheme operated by all of Scotland’s machinery rings and described by manager, Bruce Hamilton of the Tayforth Ring as “a great example of how the collective power of farmer and contractors – in this case the 7000 members of Scotland’s 9 rings – can be used to negotiate a better deal, even with a global corporation such as Case IH.”

Over the past 10 years, ring members from throughout Scotland have earned rebates of up to £3000 on each machine purchased.

Such is the success of the scheme, 3 Case IH dealerships across the North of England are now participating, meaning members of the Borders Machinery Ring, some of whom are based in Northumberland or Cumbria, can purchase from their local dealers, namely Paxtons at Alnwick, Everitt & Marshall, Hexham and CT Hayton, Wigton.

The rebate scheme will also be promoted on the Scottish Machinery Rings stand at the Highland Show. The first 100 ring members to visit the stand will be given the chance to sign up for a voucher entitling them to a £50 rebate on goods purchased from any participating Case IH dealer. 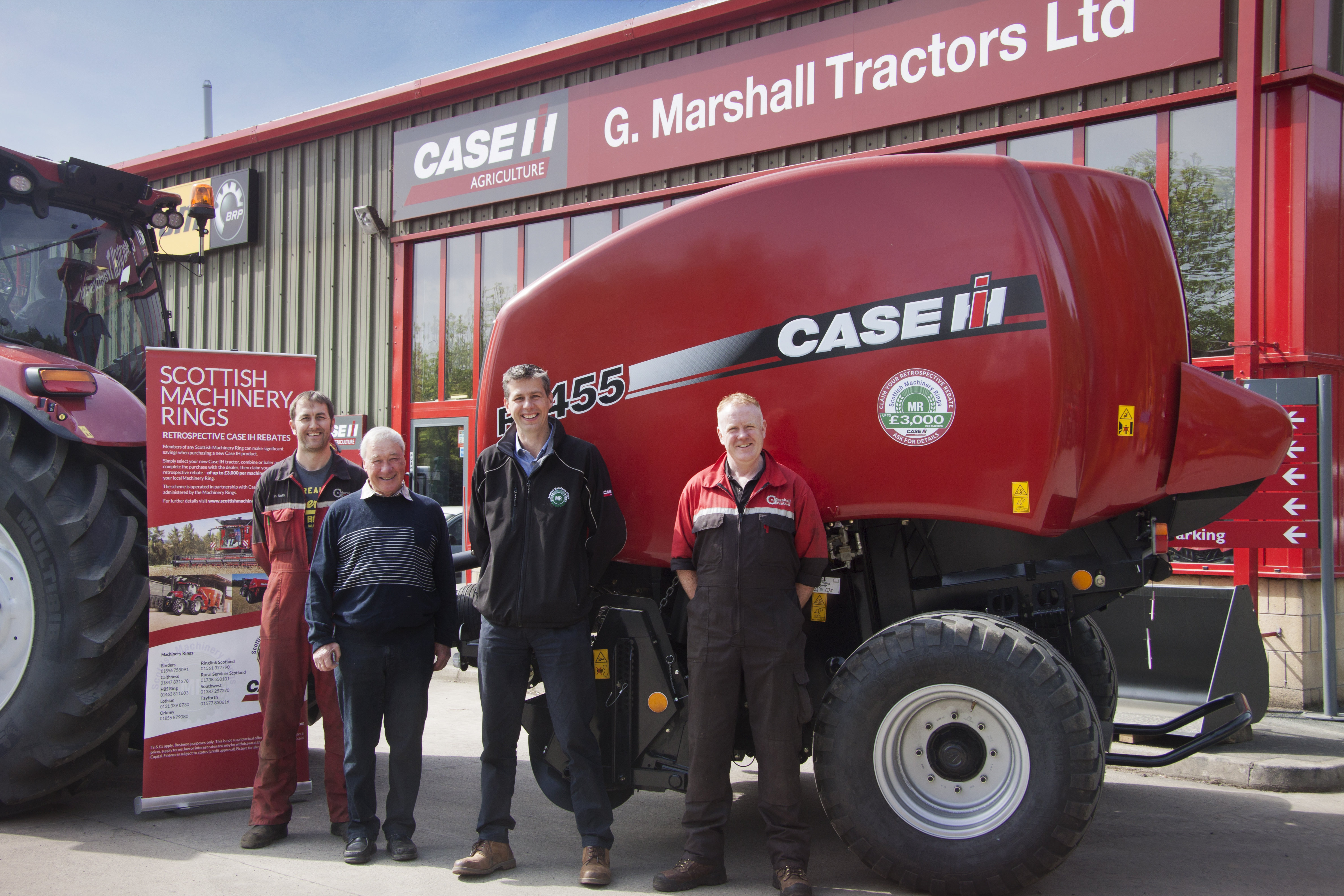 Photo: Bill Rae, 2nd from left and BMR Manager Michael Bayne flanked by staff from G. Marshall Tractors Ltd at the handover of the prize baler.

@ClynelishFarm Great pic. Oyster Catchers get very offended when a drone enters their territory - hope your drone was none the worse.

Jason Connery: “I now live on the edge of a family farm in the Scottish Borders. I see how hard my neighbours work to put food on our tables and to maintain the glorious, beautiful countryside. youtu.be/6lbWDC6CWc8 #WeAllNeedAFarmer #WorldFoodDay

About 8 hours ago from Scene & Herd - #WeAllNeedAFarmer's Twitter via TweetDeck

@FiLeith How about @on_farmuk ? Focus is Food Agriculture + Rural Matters