By SceneHerdPR15th August 2018 No Comments

Island youngsters, Cameron & Jamie MacInnes prompted a round of applause from the normally-reserved ringside bidders at Caley Marts this week.

The boys selected two home-bred Suffolk cross lambs from the family flock at Culbhuirg Farm, Iona to be specially auctioned at Caledonian Marts in Stirling on Monday 13th August, proceeds of which will be split between My Name’5 Doddie Foundation and Iona Village Hall’s community campaign #belongtoiona. Each of the charities has been carefully chosen – Doddie Weir is a great role model within the farming and sporting community, and the new Iona Village Hall will be transformative for their remote island community.

The boys were anticipating around £70-80 per lamb, knowing that in small communities every bit counts.

They were thrilled when bidding reached £150 before the hammer came down. Farmers, especially, know how much time & hard work goes into getting good lambs to trade and, particularly in what has been a difficult year for farming, will understand the value of this support  – far beyond pounds raised –  to both communities. 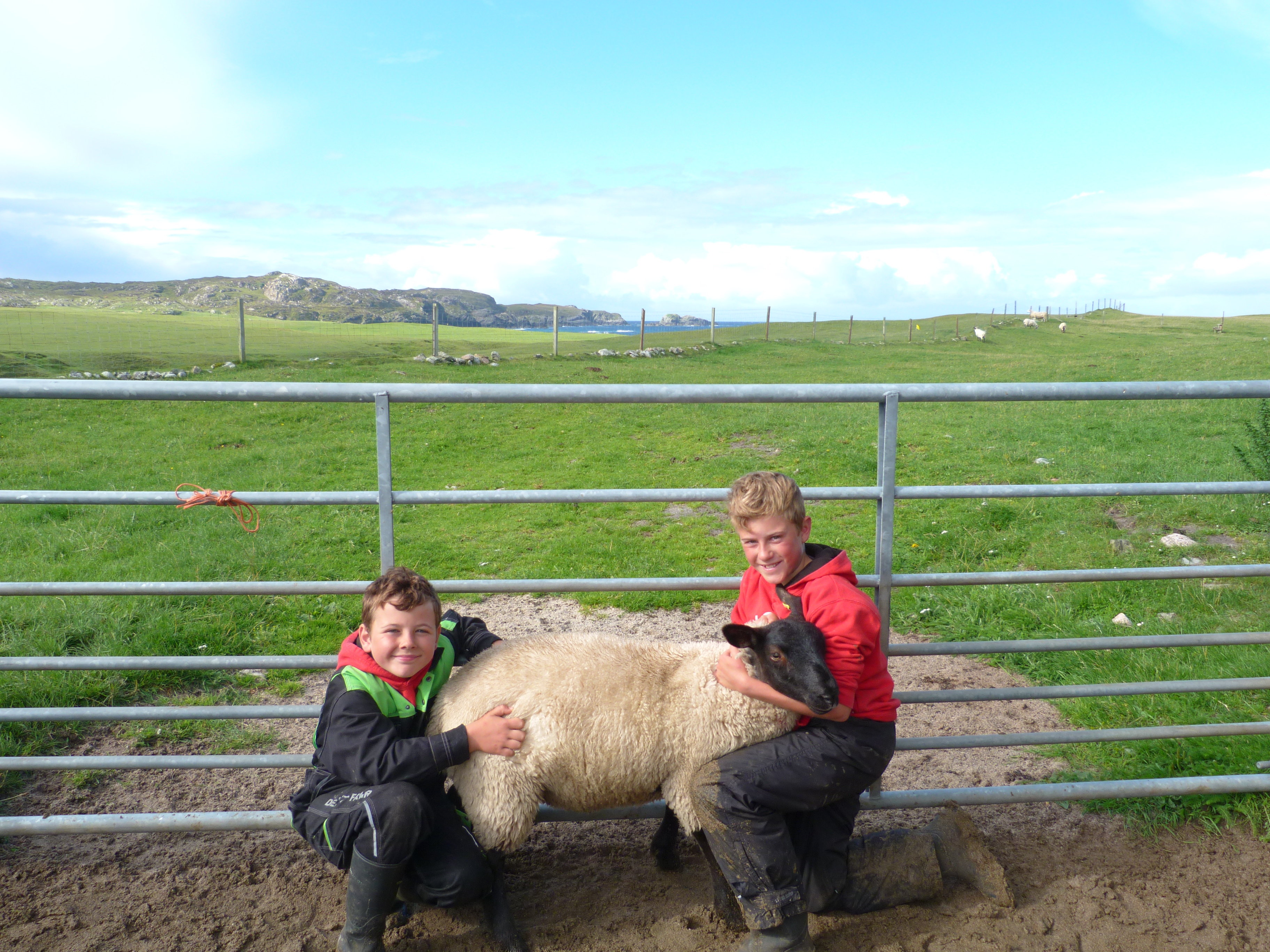